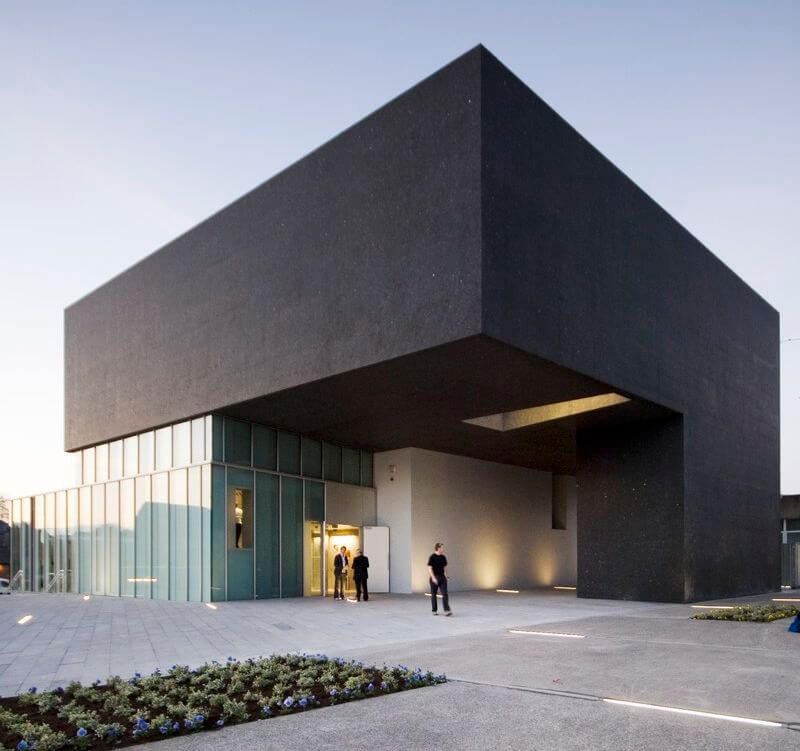 Yvonne Farrell and Shelley McNamara , co-founders of Grafton Architects , awarded the the Pritzker Architecture Prize 2020, for integrity both their buildings, as well as the way they conduct their practice.

Yvonne Farrell and Shelley McNamara, co-founders of Grafton Architects, have been named the 2020 laureates of the Pritzker Architecture Prize.

Farrell and McNamara were awarded the prize “for their integrity in their approach to both their buildings, as well as the way they conduct their practice,” said the Pritzker Architecture Prize jury.

The architects are the first recipients from Ireland, although the fourth winner — Kevin Roche — was born in the country. They are the fourth and fifth women to be named winners of the prestigious award.

This year’s jury described Farrell and McNamara “pioneers in a field that has traditionally been and still is a male-dominated profession” and “beacons to others as they forge their exemplary professional path”.

Farrell and McNamara co-founded Grafton Architects in Dublin in 1978. Their studio was named the 2020 RIBA Royal Gold Medal for Architecture winner at the end of last year.

The pair have completed buildings around the world. They won the World Building of the Year award in 2008 for the Universita Luigi Bocconi in Milan and the RIBA International Prize for its University Campus UTEC Lima building in Peru. The campus for the University of Limerick Medical School was shortlisted for the 2013 Stirling Prize.

In 2018 the pair were the Venice Architecture Biennale directors and in advance of the event they told Dezeen about eight of their most significant projects from their career to date.

Along with Grafton Architects body of work, the jury awarded the prize to Farrell and McNamara for the way they run their studio and “their generosity towards their colleagues”.

“Within the ethos of a practice such as ours, we have so often struggled to find space for the implementation of such values as humanism, craft, generosity, and cultural connection with each place and context within which we work,” said McNamara.

“It is therefore extremely gratifying that this recognition is bestowed upon us and our practice and upon the body of work we have managed to produce over a long number of years. It is also a wonderful recognition of the ambition and vision of the clients who commissioned us and enabled us to bring our buildings to fruition.”

The Pritzker Architecture Prize was established in 1979 to honour the work of a living architect, and is considered one of architecture’s most significant life-time achievement awards.

In 2019 the prize was awarded to Arata Isozaki, who is regarded as Japan’s most influential postwar architect, while Balkrishna Vithaldas Doshi was the winner in 2018. The award has previously been won by Alejandro Aravena, Frei Otto, Rem Koolhaas, Norman Foster and Toyo Ito.

Main photo is by Alice Clancy.

Pritzker Architecture Prize jury citation
Yvonne Farrell and Shelley McNamara have practiced architecture together for forty years in a way that clearly reflects the objectives of the Pritzker Prize: to recognize the art of architecture and consistent service to humanity as evidenced through a body of built work.

Co-founding their professional practice, called Grafton Architects, in Dublin, Ireland in 1978, they have consistently and unhesitatingly pursued the highest quality of architecture for the specific location in which it was to be built, the functions it would house and especially for the people who would inhabit and use their buildings and spaces.

They have an oeuvre that includes numerous educational buildings, housing and cultural and civic institutions. Pioneers in a field that has traditionally been and still is a male-dominated profession, they are also beacons to others as they forge their exemplary professional path.

Many of their buildings are located in their home country of Ireland, but through competitions, they have won major commissions for other places around the world, such as Italy, France and Peru. With a profound understanding of place gained through their research, keen powers of observation, open and ever curious explorations and deep respect for culture and context, Farrell and McNamara are able to make their buildings respond to a setting and city most appropriately, while still being fresh and modern.

This deep understanding of “spirit of place” means that their works enhance and improve the local community. Their buildings are “good neighbors” that seek to make a contribution beyond the boundaries of the building and to make a city work better. Their North King Street Housing in Dublin (2000) is one example of this: it creates an inner courtyard and a welcome respite from the adjacent busy streets.