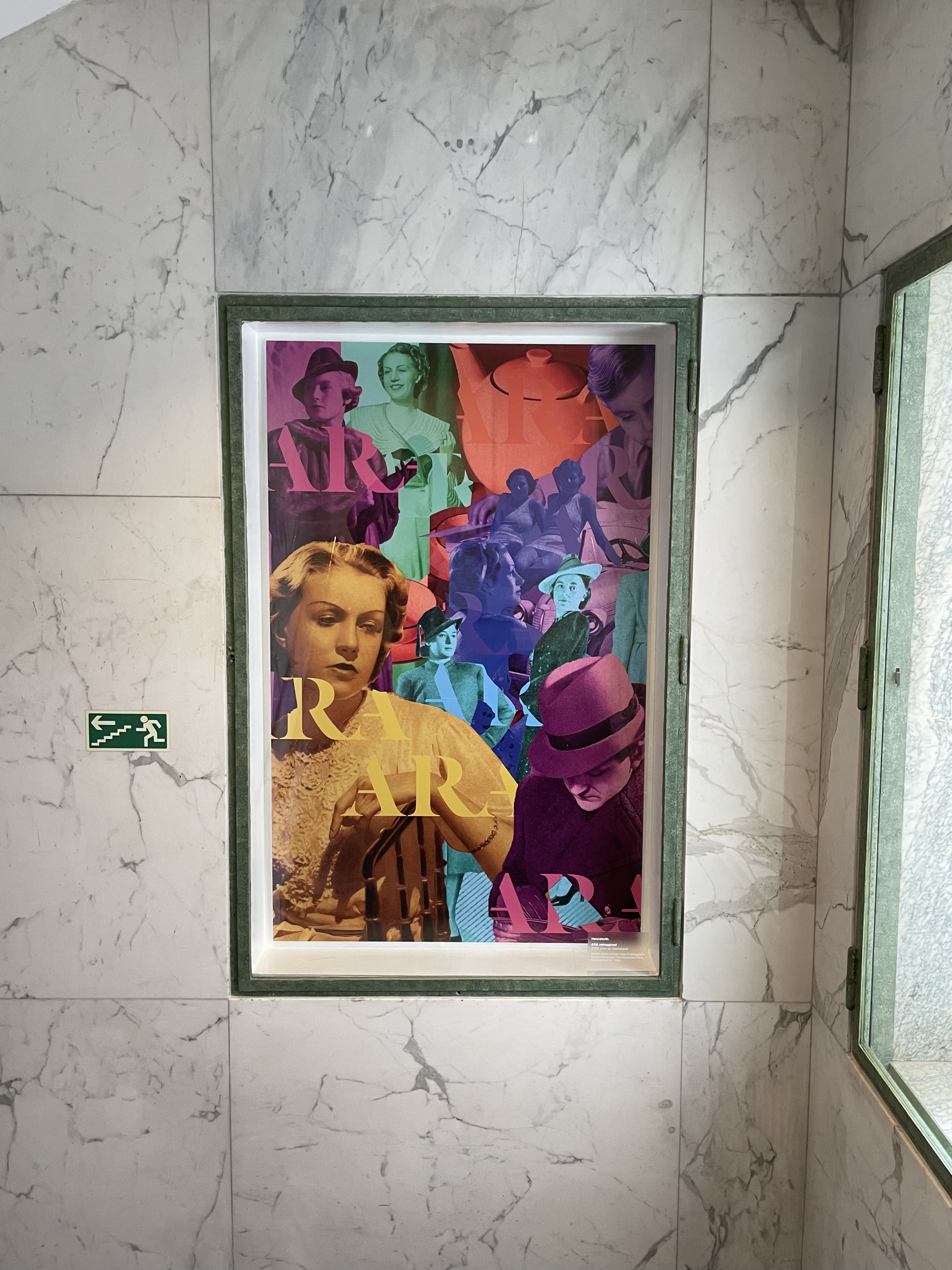 Artistic collages created by Henceforth. were installed in the functionalist palace
ARA this week. The collages were made as an homage to the history of the building,
which goes all the way back to the 1930s. Back then, the palace ARA building served as
a department store, which was functional until the 1970s.

The client’s goal was to elevate the office environment in a way that would reflect the rich history of the palace. The 1930s aesthetic inspired us to create a series of collages featuring period photographs and the original advertisement poster of the ARA department store (later renamed to Perla department store). Our work resulted in three visuals, which combine modern typography with period photographs and are accentuated by a striking colour scheme. Henceforth. primarily focuses on strategy and creative vision development. At the client’s request, we expanded our scope of work to include final artistic touches of the building’s premises. 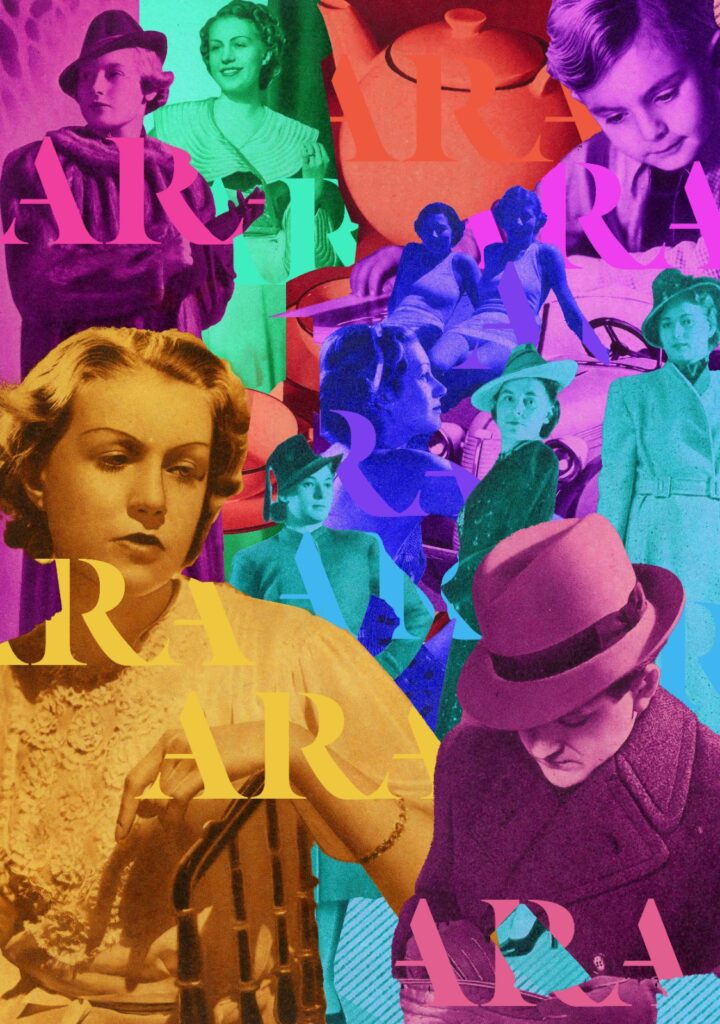 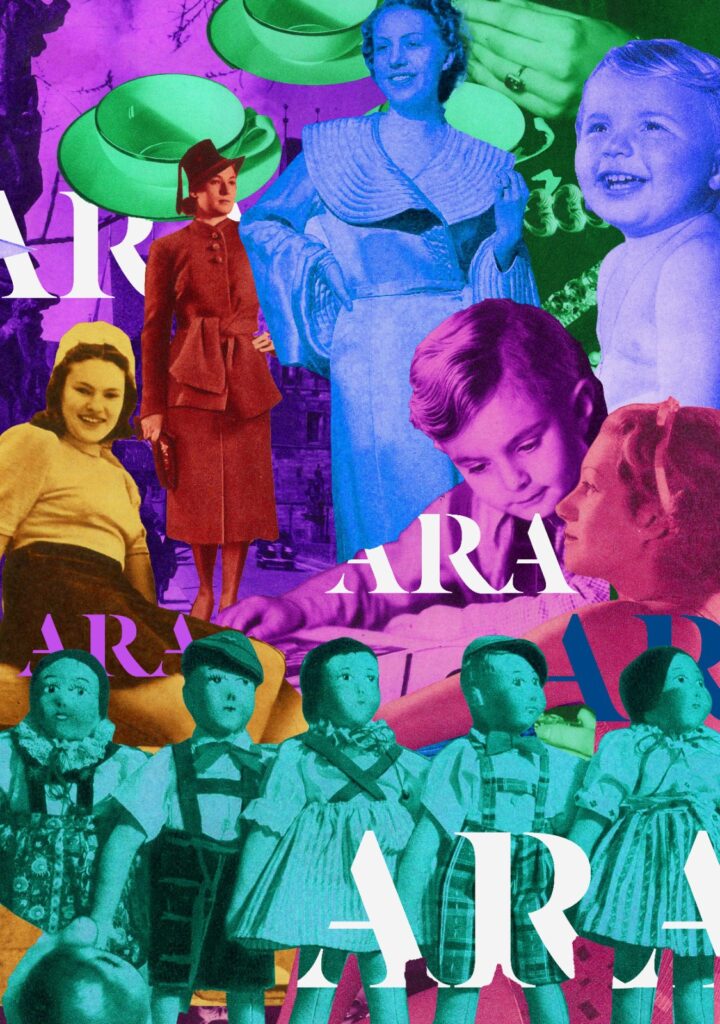 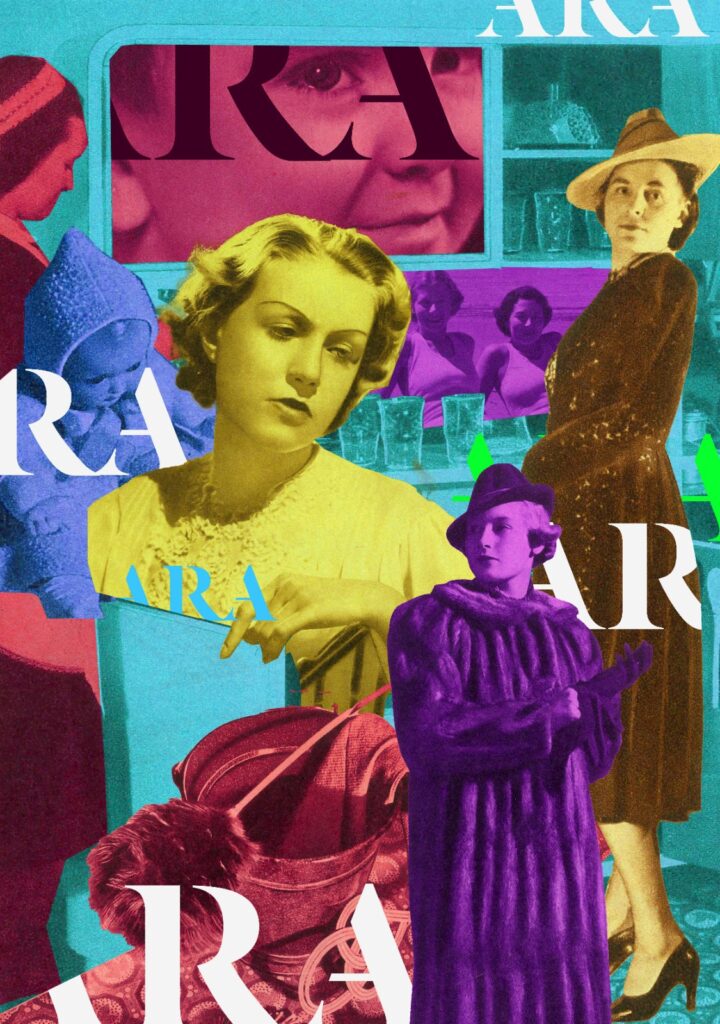 Lihovar in Smíchov: a project with real character