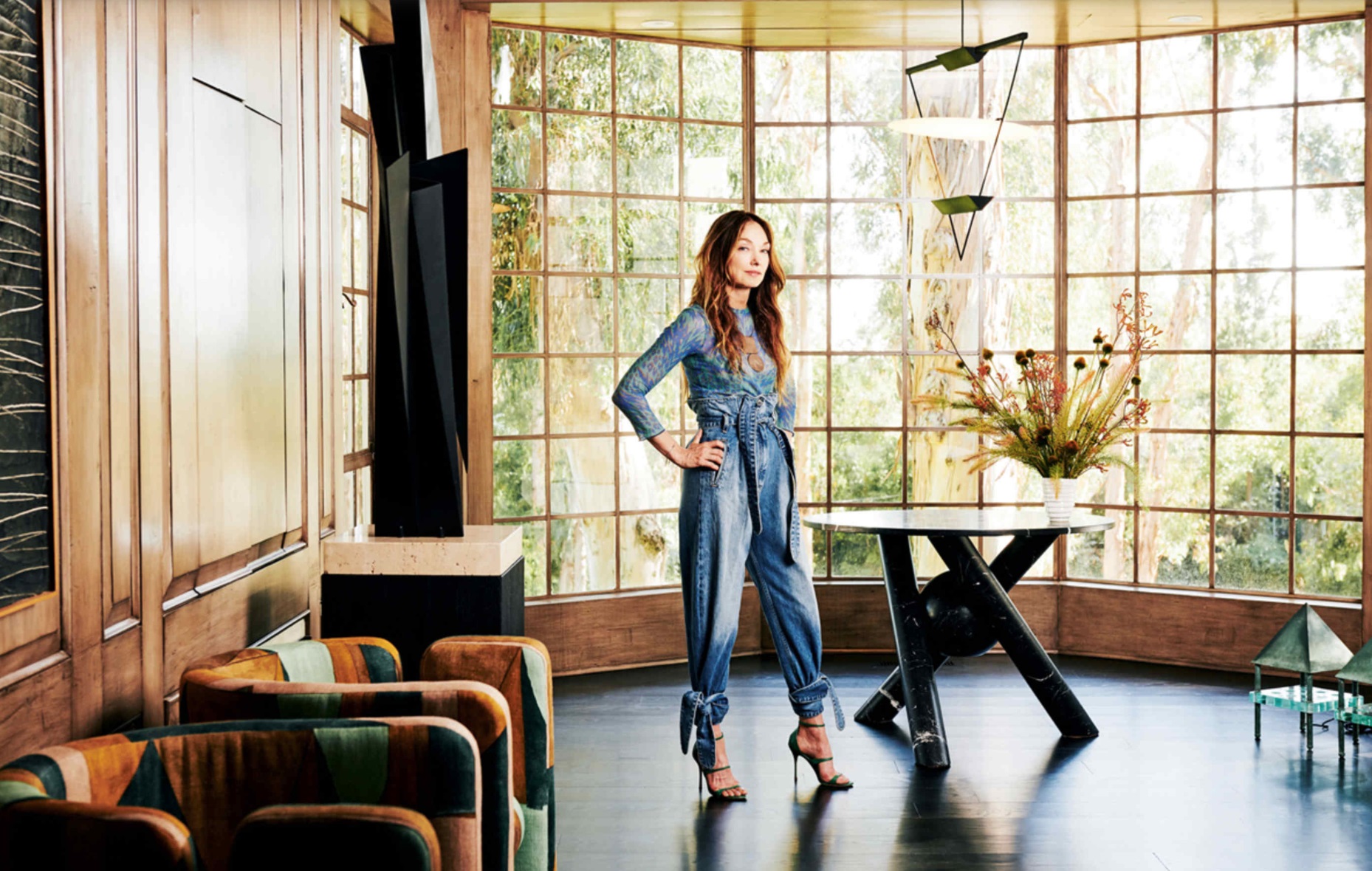 Kelly Wearstler is seriously jet-lagged. Her flight from Japan landed at LAX in the early hours and she’s already hard at work with her team of 50 in her 6,000sq ft studio, housed in a 1960s Craig Ellwood modernist building in West Hollywood. It is not a remarkable day. “I’ve flown to Hong Kong for a three-hour meeting many times and got straight back on the plane home,” she recalls. To say Wearstler – a creator of textiles, furniture and sculpture as well as commercial and private interior projects – is busy is an understatement. When we meet she’s about to publish her fifth monograph (Evocative Style, Rizzoli), has just unveiled a new tiling range with Ann Sacks, and has more than 100 pieces of furniture in production, which she extends with launches twice a year. Her lighting business alone has reached sales of $40m a year since it was established only three years ago. And the Wearstler brand is diversifying – fans can select a sofa, such as her Durant 96″ design with its bold striped upholstery, for $18,780, or send one of 100 Wearstler-designed Paperless Post invitations to a friend by email for less than 20p a shot.

Wearstler’s work shares something of the lambent spirit that is palpable in David Hockney’s blue pool paintings of the 1960s and the Spanish Colonial Revival chalet homes of the Hollywood Hills. All breathe the same air. The designer has honed a kind of luxe aesthetic that speaks of feel-good West Coast American living. But her look is infinitely more detailed, international and complex than a mere creation of expensively furnished rooms framed by views of the Pacific. Hers is an eye that has travelled. “She confidently mixes a southern California vibe with references as diverse as traditional Japanese art and the Bauhaus to the Memphis movement of the ’80s,” says Stephen Elrod, executive vice president and creative director of Lee Jofa, which produces an evergrowing range of Wearstler-designed fabrics and wallpapers. “Her singular aesthetic brings bold colour and pattern to modern interiors.”

One side of Wearstler’s studio is glass, looking out to a tree-lined elevation of the Hollywood Hills. Giant tables in the middle are covered with drawings, blueprints, patterns, textiles and ephemeral references. This is the hub of the operation. “There’s a little of everything on those tables,” she says. “I find there’s a great synergy having people working in different disciplines side by side. I like that an architect can be inspired by what a graphic or interior designer is doing next to them.”

Wearstler was born in 1967 in Myrtle Beach, South Carolina, and studied on the East Coast – but her business, founded in 1995, has always been based here, on Pacific Time. “I would call myself an American designer,” she says, “but with the mind of a Californian free spirit. Of course, local is now global – you can shop in any country at any given time.” As part of her sculpture range, she sells the Pacific Surfboard, which is made from Russian birch plywood that is stacked, sanded and sculpted to create a wave-like graphic on the surface. “We worked with a surfboard maker who is a great local artisan,” she says. “He’s also created a plywood credenza in the same way for the new Santa Monica Proper Hotel. It’s so spectacular we’re going to add it to the collection.”

It’s a bold move for any designer to introduce an entire category of pure “sculpture” to their offering, but Wearstler has done it with typical élan. Her monolithic Marble Column and hand-carved solid oak Tephra Column, recalling the great structures supporting temples and palazzos, are designed to elegantly punctuate a large interior. These are not standalone pieces but connect to the rest of her work. “I see everything as sculpture when I design a space,” she says. “It’s about creating a beautiful tension. If there’s a project with lots of curves, my aim is to make them relate to one another, and maybe add one linear table to offset them.” One of the most recent sculptural pieces to go into production is the Hume Modular Stone Bench, consisting of three elements (which can be selected in five shades of marble) resembling a Roman artefact. “I love versatile pieces,” she says. “This can be a bench, a coffee table, or you can turn it on its side and use it as a pedestal for plants.” Wearstler is meticulous but not precious.

The Future of Online Luxury Retail