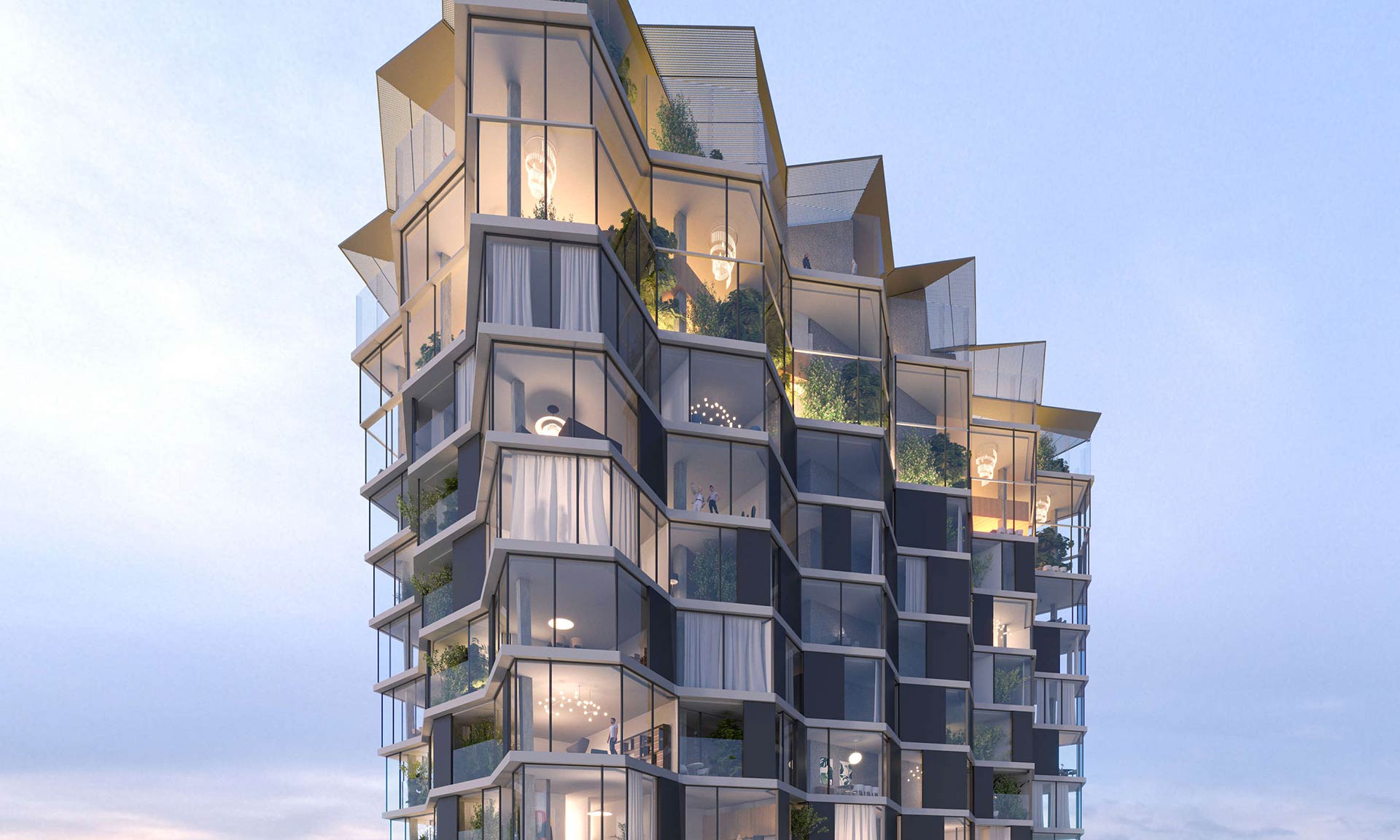 Henceforth. is proud to participate in visionary projects that shape the future of the Czech republic and the region.

Czech studio Chybik + Kristof has designed a 56-storey skyscraper in Ostrava, Czech Republic, which will become the tallest building in the country.

Named Ostrava Tower, the 235-metre-tall skyscraper will be built for developer RT Torax Group in the town of Ostrava in the east of the country.

When complete it will be more than twice the height of the AZ Tower in Brno, which measures 111 metres and is currently the Czech Republic’s tallest building.

Set to be built near a shopping centre and former steelworks, the skyscraper will have a distinctive form composed of two stacked triangular forms. The lower triangle, which narrows towards the centre of the skyscraper, will be topped with an inverted triangle turned 90 degrees to the base.

“Our intention was to create a simple but powerful form that acts as a beacon into the city center,” said Chybik + Kristof co-founder Michal Kristof.

The mixed-use building will contain retail and office space on its lower 11 floors with a hotel and restaurant on the four floors above. Flats will occupy the tower’s upper stories. The skyscraper’s top two floors will contain a cafe and bar, topped with a publically accessible rooftop viewing platform.

“Rethinking the typology of the skyscraper and its function to serve the public and activate the urban environment, one of our core missions was to create a positive social impact in the heart of Ostrava,” said Kristof.

The skyscraper will be built near to the city’s 1960s modernist House of Culture, which is being updated by Steven Holl Architects and Architecture Acts. The studios are adding a cantilevered zinc-clad concert hall over the existing building.

Could the future of the store be rent by the hour?