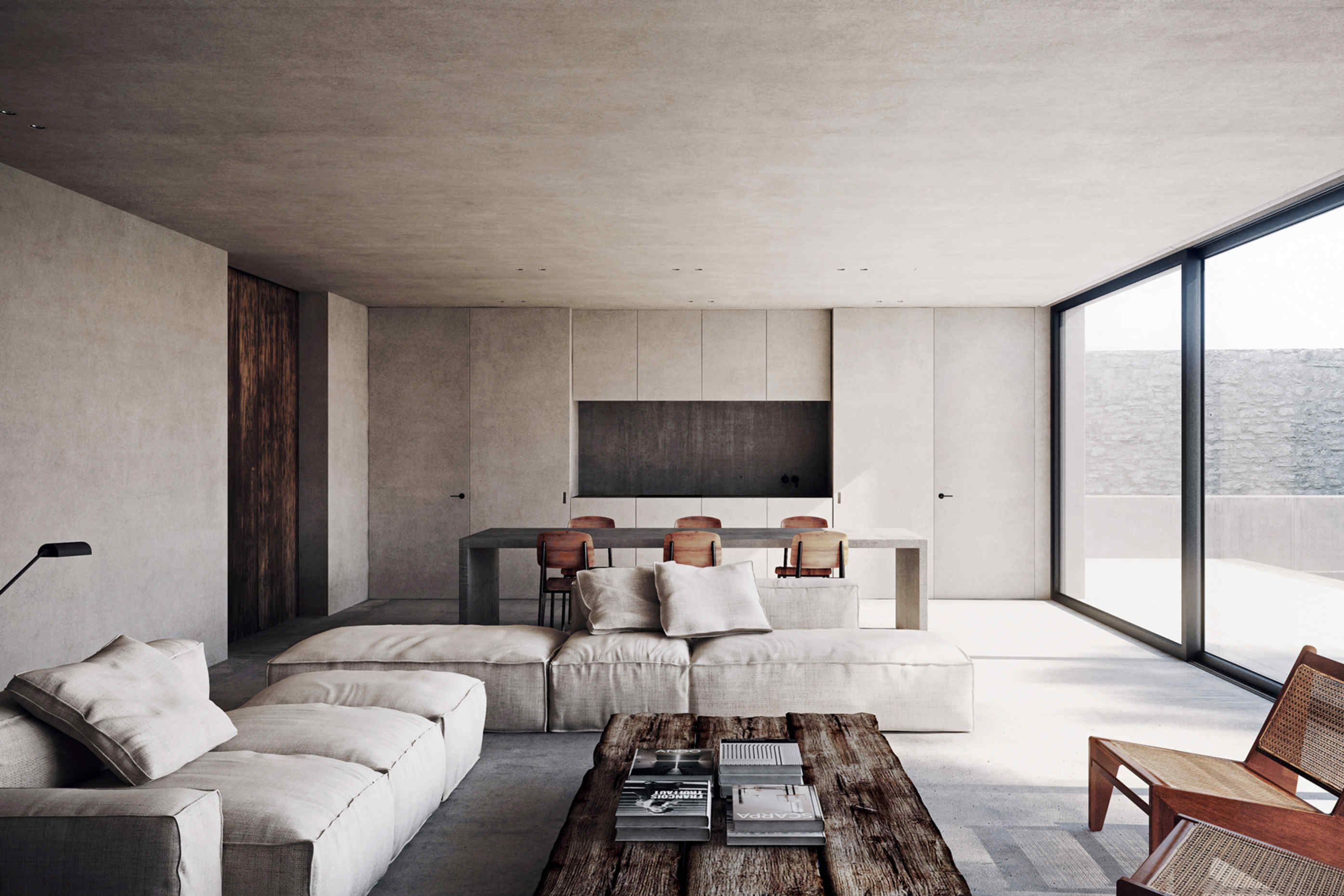 Simplicity, sensuality and aesthetic are the main pillars of of the work of Belgian architects Vervoordt and Van Duysen. Minimalism, natural colors, soulful design – this is why these two guys are moving up and stands for the interiors of many famous clients.

Axel Vervoordt – the designer, antiques dealer, collector and gallerist – is often cited by design insiders as laying the foundations for the quiet aesthetic that has become synonymous with Belgium’s design archetype. For most, his appearance at the Biennale des Antiquaires in the Grand Palais Paris in 1982 proved a pivotal moment. “His taste was relatively unknown outside Belgium, but he had an epiphany in preparation for the Biennale,” says Wim Pauwels, the design specialist whose publishing house Beta Plus has produced some 25 monographs of Belgian architects, designers and landscape architects. “He wanted to do away with construction and decoration and create a raw, industrial space with high ceilings, a bare concrete floor, great furniture and art. This revolutionary way of exhibiting at such a traditional fair seemed very risky, but his first visitors – Valentino, Hubert de Givenchy, Rudolf Nureyev, Yves Saint Laurent, Ralph Lauren – were very enthusiastic and became loyal clients and friends.”

Vervoordt continues to be the designer of choice for many famous clients. The interiors branch of his business was behind Robert De Niro’s New York penthouse, Sting and Trudie Styler’s London apartment and Kanye West and Kim Kardashian’s California home. And his trademark look of pared-back luxury, delight in texture and aversion to ornament has been embraced, in various ways, by subsequent Belgian creatives.

Vincent Van Duysen, the architect whose international profile is such that he must rank only slightly below Magritte and Hergé in the league table of famous Belgians, has been defining his own form of rich refinement since establishing his practice in 1990. “I love to work with layers and contrast to achieve a sort of warm sensuality. In that sense, I’m not into minimalism – I prefer sober interiors with soul,” he says. Van Duysen’s genius was discovered by Ilse Crawford, then editor of Elle Decoration. “I’d returned to Belgium having worked for a time in Milan and was living in a loft. Ilse saw a single picture in a French magazine and said she wanted to do a cover story on ‘the sensual home’,” he recalls.

Almost 30 years on, his oeuvre is considerable, and he is the subject of a second monograph, Vincent Van Duysen: Works 2009-2018 (£48, Thames & Hudson). His style is a balance of cosmopolitan and homegrown influences. “I think my studies during the emergence of postmodernism and my time with Aldo Cibic at Sottsass Associati in Milan gave me an appreciation for essential and pure forms, but the application of materials such as linen, natural stone and oak is influenced strongly by my heritage,” he says.